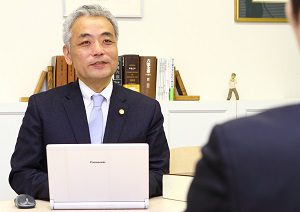 “I have been called by the police. What do I do now?” “My husband has been arrested. What should I do?”
“If this goes on, will I be unable to live in Japan?” “I will probably lose my job? Can I find another job?”

When you have committed a crime yourself or a member of your family is involved in a criminal case, what kind of procedures will follow, and what will be the result? How should you contact your family? And what can your family do to help you? There will many things you do not understand and you will be extremely worried.
When a foreigner causes a criminal case, he may be unable to renew his residence status or be deported, so he cannot continue to live in Japan. In fact it may be difficult for him to continue to work and difficult to find another job.

When you face such fears and have fallen into difficult circumstances, you should consult with a lawyer!
If you consult with a lawyer, you will be able to discuss your prospects, such as what procedures will be taken or what the future outcome might be. And if a member of your family has been physically restrained, you will be able to contact him.

And even if you have committed a crime, a lawyer will be able to minimize its impact on your residency status by conducting appropriate defense activities to reduce your criminal punishment, if even only a little. If you are supported by a lawyer in this way, you will be able to resolve many of the problems you will face as a result of the criminal case.

When you, a foreigner, need a lawyer to handle a case you are involved in, please consult with our law office. Our law office (1) has resolved many criminal cases, (2) and we are fluent in English so that we can communicate smoothly with you. And concerning the cost that worries you, (3) we have set up a clear cost system.

When you need the support of a lawyer, please email us immediately in English via this form. If you can speak Japanese, call 0120-057205 so that you can reach a Japanese reception. So we start to act immediately after you contact us.

Involved in a criminal case, it is important to act immediately. We will be back to you once we get your contact.
For a better resolution to your case, we are waiting for you to contact us at once.

Our law office strongly emphasizes criminal cases, so we have disposed of an overwhelming number of cases. The activities of lawyers span many areas, and even in the field of criminal law, our activities vary greatly according to the type of crime and the position of the client. Our office has resolved many cases of many kinds, so we promise to work to achieve the best possible decision considering the position of the client.

2. Smooth communication thanks to our English fluency

Our office has had our representative lawyers study at law schools in the United States where they qualified as New York State attorneys. They can communicate fully with foreigners, enabling them to politely respond to their fears and questions to provide complete defense activities.

The attorney fees charged by our legal office are clarified based only on a retaining fee and compensation. We will not give you a supplementary bill for actual costs, a per diem and other expenses. You will pay only a retainer when we take your case and compensation after the case is settled.
Example) in cases where the crime was sexual molestation (contravention of a public nuisance ordnance), taking unauthorized photographs, theft, or assault and was a first offense, the retainer is only 200,000 yen and the compensation is only 500,000 yen. (Consumption tax and actual costs included.) And we will not charge you any compensation if you are fined.

When you are at a loss, thinking, “I want to consult with a lawyer because I may have committed a crime” or “I have been contacted by the police, but don’t know what I should do.”, seek help from a lawyer who is an expert in criminal cases and a lawyer who can communicate smoothly with foreigners.
Please give our office a call. We will act immediately and do all in our power to achieve the best possible results.

If your violence against another person is judged to be justifiable self-defense, it will not be a crime and you will not be prosecuted. And even if this does not happen, the public prosecutor may not prosecute you if you have the victim withdraw his report of the crime by paying for the victim’s medical costs or consolation money or by reaching a settlement with the victim. Whether or not the report of the crime is withdrawn or you can pay restitution is an important factor determining if the public prosecutor decides that you should or should not be prosecuted, so you should immediately start settlement negotiations with the victim. ,
If you are prosecuted, you must prepare bail money or a surety guarantor in advance so that you will be able to request bail immediately after you are charged. If you are physically restrained by arrest or detention, you will be unable to go to work, so you must notify your workplace at the same time as you take action to obtain your release as quickly as possible.
Our office responds to each case by handling settlement negotiations or conducting defense activities necessary to earn your early release and to deal with your workplace.

Sexual molestation refers to someone touching another person’s body through her clothing or touching her body directly, or persistently pressing his own body or groin against her body.
If someone touches another person through her clothing, he is punished for violating a prefectural ordnance (contravention of a public nuisance ordinance). If someone puts his hand inside someone’s clothing to touch her directly, the person is punished for indecent assault.
In a case of sexual molestation that is a contravention of a public nuisance ordinance, if the suspect has no previous conviction for a sexual crime and can reach a settlement with the victim, it is possible that the person will not be prosecuted. In the case of sexual assault, if the complainant drops the charges, it is possible that the suspect will not be prosecuted. Sexual assault is a crime subject to prosecution only on a complaint, so if the charge is dropped, the suspect will definitely not be prosecuted even if he was convicted of the same crime in the past.
If a suspect does not admit to sexual molestation, it is necessary to submit evidence backing up his innocence to a prosecutor or judge. The actual problem is that in a case of sexual molestation, a woman victim’s complaint is deeply respected while the accused mans testimony or statement is not likely to be respected. But it is possible for a victim to incorrectly identify the suspect, or for a false accusation—the sexual molestation itself did not occur as stated by the complainant—to be made.
Therefore, even you admit to or deny sexual molestation, it is important to first consult with a lawyer and strive to respond appropriately according to the case.

In almost all incidents concerning someone taking an unauthorized photograph, the person is observed taking the photograph by a security guard for example, or a security guard is called by a person who witnessed the act, and reports it to the police who arrest the suspect in flagrante delicto. In many cases, if the accused admits taking the photograph, he writes a written statement or written testimony addressed to the Police Chief, and if he has a family member to act as a surety guarantor, can return home the same day.
Later, the public prosecutor’s office decides whether to not prosecute the accused person or to fine him as punishment.
If it was a first offense and no particular device was used, and if it is possible to conclude a settlement with the victim, the case will not be prosecuted and it is fully possible that the accused will not acquire a criminal record.

If the accused used a special device, has a previous conviction for the same offense, or it was extremely malicious—accompanied by breaking and entering for example—there is a strong possibility that the accused will be detained, fined, or event given a formal trial. Even in such a case, if a settlement can be negotiated with the complainant, the suspect may not be prosecuted.

And if the accused denies taking an unauthorized photograph, the police or public prosecutor may conduct a strict investigation for several days, so the accused should seek appropriate advice from a lawyer. The public prosecutor will decide not to prosecute the accused if he cannot confirm that the suspect took an unauthorized photograph. And even if a trial is held, it will be necessary for the suspect to submit evidence backing up his innocence to the judge.

Therefore, even you admit to or deny taking an unauthorized photograph, it is important to first consult with a lawyer and strive to respond appropriately according to the case.

In order to avoid being prosecuted, either it is pointed out to the police or a judge through a lawyer that the evidence is insufficient in order to avoid prosecution because of insufficient evidence, or even in a child prostitution case, if it is possible to reach a settlement with the child victims, the accused may avoid prosecution. But, because the child victims are minors, settlement negotiations are be conducted with the children’s parents, but this is often criticized as harmful to children, so the settlement may require payment of a large amount of money.

And if even if you cannot avoid prosecution, following the advice of a lawyer, you may improve your living environment, attend or make a contribution for atonement to a sexual offense reoffending prevention clinic, reflect on your crime under the supervision of your family or inform the prosecutor or judge of your determination not to reoffend, and we will give you a defense intended to limit your punishment to a fine, or if you stand trial, earn you a suspended sentence. 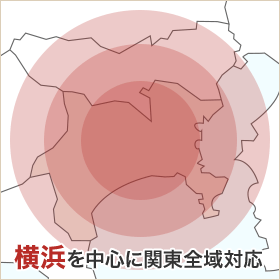